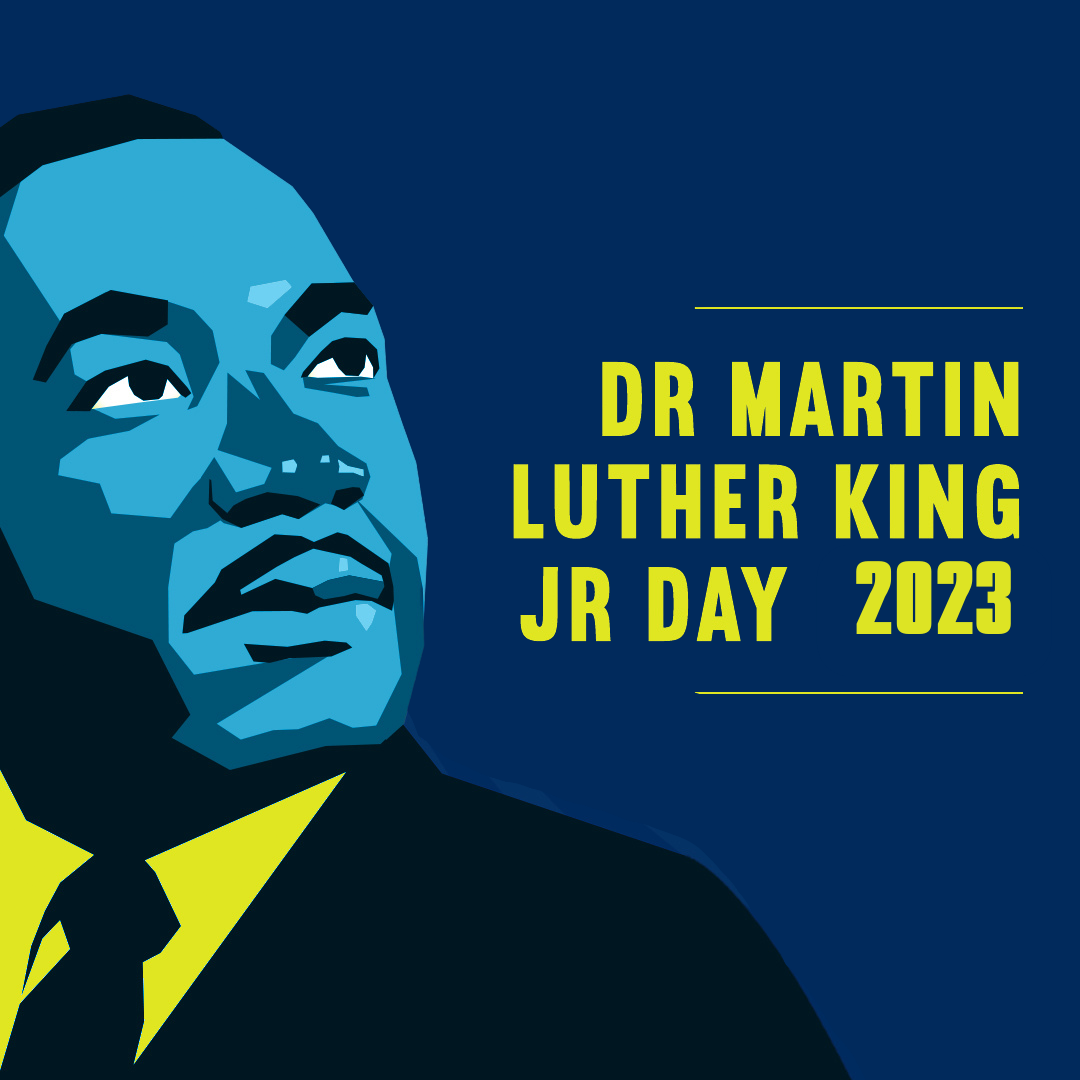 Join the Arts Council of Princeton as we celebrate the life and legacy of Dr. Martin Luther King Jr.
We will begin the morning with remarks from our 2023 featured speaker, Tina Campt – noted Black feminist theorist of visual culture and contemporary art and Roger S. Berlind ’52 Professor in the Humanities at Princeton University – during a community bagel and coffee breakfast.
Families are invited to pick up a copy of an updated limited-edition coloring book featuring prominent Black residents of Princeton from history, including accomplished business owners, politicians, educators and influential women, in addition to Martin Luther King Jr.’s visits to campus in the 1960s, designed in partnership with the Historical Society of Princeton, neighborhood historian Shirley Satterfield, and Princeton University Wintersession.
Help us help those in need: bring canned or boxed non-perishables for our food drive. All donations will benefit Princeton Nursery School, a non-profit organization providing a quality preschool education program and child care for families in need, providing a diverse environment and a broad array of support services.
Stay for two additional events on Monday, January 16:
11am-1pm: Witherspoon-Jackson Neighborhood by Romus Broadway “Naming Party”
4-5:30pm: Princeton University Wintersession: Artist Reception & Conversation with Aaron C. Fisher. To RSVP, please email the Wintersession team.
About our speaker:
Tina Campt is Roger S. Berlind ’52 Professor of Humanities, holding a joint appointment between the Department of Art and Archaeology and the Lewis Center for the Arts at Princeton University. Campt is a Black feminist theorist of visual culture and contemporary art and lead convener of the Practicing Refusal Collective and the Sojourner Project. She began her career as a historian of modern Germany, earning a Ph.D. in history from Cornell University. She is one of the founding scholars of Black European Studies, and her early work theorized gender, racial, and diasporic formation in Black communities in Europe and southern Africa, with an emphasis on the role of vernacular photography in historical interpretation. Campt’s more recent scholarship bridges the divide between vernacular image-making in Black diasporic communities and the interventions of Black contemporary artists in reshaping how we see ourselves and our societies. Her teaching reflects her ongoing interest in exploring the multiple sensory registers of images and the importance of attending to their sonic and haptic registers.
Campt has published five books and received the 2020 Photography Catalogue of the Year Award from Paris Photo and Aperture Foundation for her co-edited collection, Imagining Everyday Life: Engagements with Vernacular Photography (with Marianne Hirsch, Gil Hochberg and Brian Wallis, Steidl). Campt has held faculty positions at Brown University, Barnard College-Columbia University, Duke University, University of California-Santa Cruz, and the Technical University of Berlin.

THANK YOU TO OUR GENEROUS SPONSORS