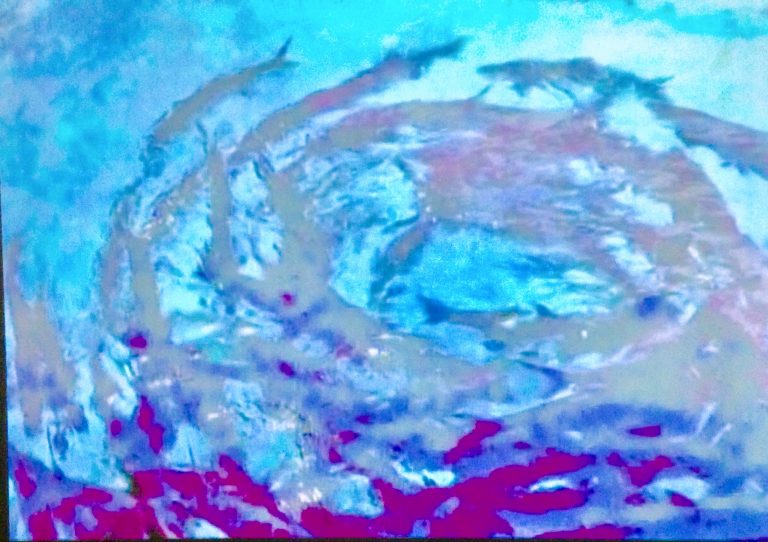 We are in a period of artmaking in which artists have moved out of the attic into the world. In this age of images, artists are using their powerful visual skills to make us aware of the issues in the world around us as well as the beauty. These five artists, each in her own way, have turned their attention to the environment, in some cases using unexpected mediums. Who would think of using clay to mourn the disappearing coral reefs or video to immerse us in a vision of rising sea water? They come from different backgrounds to this point in their careers. – Judy Brodsky

Helena Bienstock has been working with clay since the early 1970s, but at the same time has had a long-term teaching career both in Princeton and New York City. She has been active in helping to sustain cultural organizations in New York State and New Jersey, such as the Arts Council of Princeton itself. In appreciation, the clay studio in the Arts Council building is named the Helena Bienstock Clay Studio. Her passion for the environment infuses all her work, bringing together art and social consciousness.

Martha Vaughn has thousands of photographs archived on her computer. One would think her camera is almost an extension of her body in looking at the photographic record she has made of the natural world in her many travels. In 2014, a book of Vaughn’s photographs, Of Time and Place, was published. Her work is included in the collections of the New Jersey State Museum and Princeton University among other public institutions and in many private collections.

Diane Burko carries on the landscape tradition of the 19th century, but gives it a 21st century perspective. Burko has always painted the extreme landscape, including the world’s largest ice fields—Greenland, Antarctica (twice), Argentina’s Patagonia, Alaska, and the Northern Atlantic just below the Arctic Circle. In the last few years, the works she has been creating have been shown in over 100 exhibitions throughout the country in such venues as the National Academy of Sciences, Washington, DC as well as the more usual venues of art museums and galleries.

Anita Glesta works in sculpture, video, and installation to create settings that engage people with the space around them physically and metaphorically. Her video installation, Watershed, included in this exhibition is a public art project that has been installed previously during the New Museum Ideas City Festival in New York City, and on the surface of the National Theater in London facing the Thames. It also was seen in 2017 in Red Hook, Brooklyn, as an immersive video on the streets of the community to commemorate the fifth anniversary of Hurricane Sandy. She has been a recipient of many grants and awards, among them a New York Foundation of the Arts fellowship, a Puffin Foundation grant, a Pollock/Krasner fellowship, and a New York State Council for the Arts New Media fellowship.

For over 15 years, Susan Hockaday has addressed our experience of nature as we witness its decline through the forces of climate change. She has worked in several mediums, including etching, handmade paper, collage construction, photography and drawing. Hockaday has lived and worked in Holland and England and has lectured in China. In addition, for almost 50 years, she has resided on Cape Breton Island, Nova Scotia, with her family during the summer. The new landscape of detritus has been her focus for the photographs in this exhibition.

“It takes a special kind of artist to transform melting glaciers, rising sea levels, and disappearing coral reefs into stunning visuals that bring both beauty and awareness to our environmental issues,” says artistic director Maria Evans. “We hope that this exhibition can inspire us all to take better care of the world, working to preserve its natural beauty.” 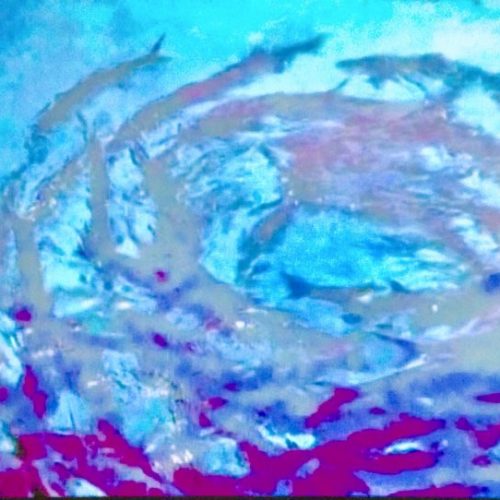 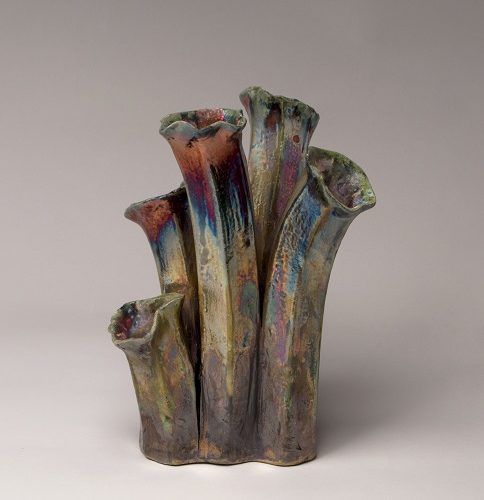 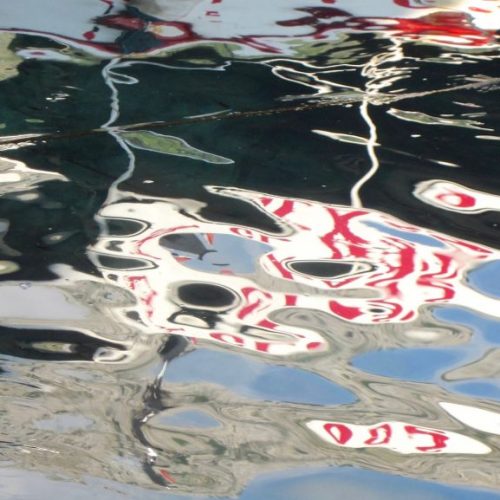 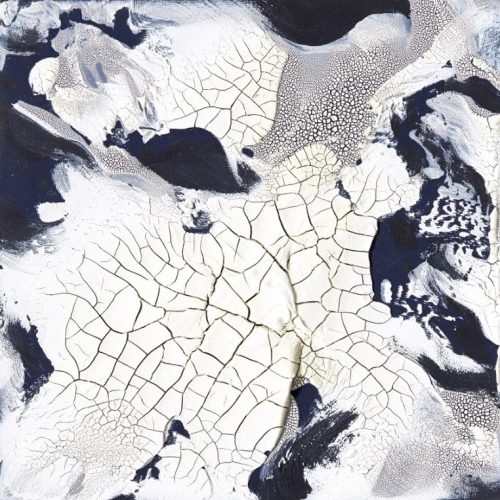 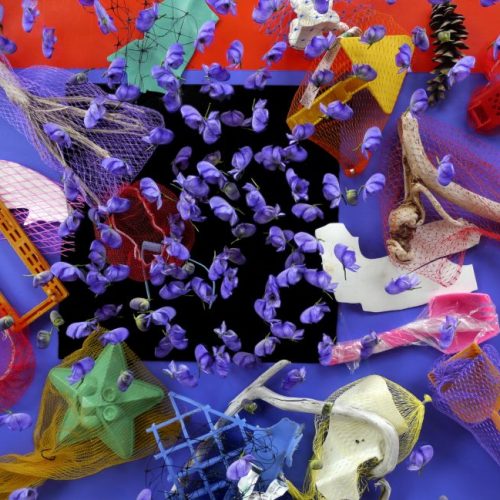