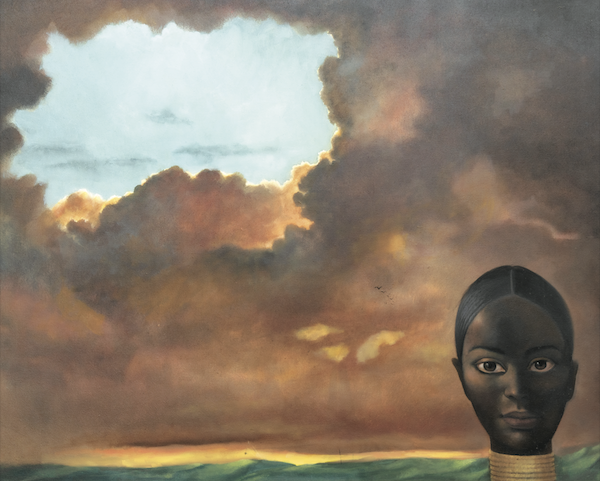 Panel: Art Collecting as an Act of Love, Resistance and Preservation of History
Friday, October 14, 2022 | 4-5pm
Free and open to the public

Symposium: How Museums Are Diversifying Their Collections to Include Black and Brown Artists
Thursday, November 3, 2022 | 5-7pm
Free and open to the public

Panel: Restoring the Overlooked History of Black Artists in Princeton and Trenton in the Later 20th Century Through Local Research, Preservation, and Oral History
Wednesday, November 30, 2022 | 4-6pm
Free and open to the public

Retrieving the Life and Art of James Wilson Edwards and a Circle of Black Artists reveals how Black artist/teachers were integral and influential members in a white regional community in the last quarter of the 20th century. While there have been blockbuster exhibitions of a few contemporary Black artists during recent years of efforts by museums and galleries to become more diverse, this is one of the first exhibitions to explore the historical context from which these artists emerged.

Goreleigh, Lee-Smith, and Burke began their careers working for the Works Progress Administration/Federal Art Project (FAP) created during the Great Depression of the 1930s to provide employment for artists. Remarkably, considering it was an era of race and gender discrimination, the FAP included both Black and women artists. Its heady mix of art and politics gave Black artists a sense of racial pride, confidence that they could become successful as artists, and a belief that they, too, could help create a better society. The careers of these three artists reflect the principles learned in their early years. They, like other Black artists who came out of the FAP era, communicated these principles to others, thus shaping the careers of younger artists including James Wilson Edwards and Wendell T. Brooks. They were successful in their artistic work and they also used the arts to create educational institutions where white and Blacks mingled on equal terms — usually, the only such places in those communities. Their impact on their communities has not been acknowledged until this exhibition.

All of the works in this exhibition come from private collections, rather than from museums, thus highlighting the importance of collectors of color in restoring Black and brown artists to American art history and how their collecting sheds light on the systemic racism of the American art world. Recent attention to the lack of diversity in museum collections has revealed that only 1.2% of the holdings are by African American artists. If it weren’t for collectors of color, work by many Black and brown artists might have disappeared into obscurity. Co-curators Judith K. Brodsky, professor emerita in the Department of Visual Arts, Rutgers University, and Rhinold Ponder, artist, activist, writer, and lawyer say, “This has been a magnificent voyage of discovery about the lives and roles in art history of Black artists who have largely been forgotten or ignored as well as a reminder of the significance of Black collectors in preserving and promoting the history of Black artists and ensuring that they are eventually remembered for their contributions.” The curators share. “We trust that our efforts here encourage others to restore Black artists and arts communities to their rightful places in American national and regional histories.”

Rex Goreleigh founded the Studio-on-the-Canal in Princeton, New Jersey in 1955 when its predecessor, Princeton Group Arts, of which he had been director, closed for lack of funds. Princeton Group Arts had been established by a group of Princeton University professors and members of the Jewish and Quaker communities to form a racially and religiously integrated arts organization. It was the mission of Princeton Group Arts that had enticed Goreleigh away from Chicago where he was the very successful director of a FAP center, the South Side Community Arts Center. When PGA closed, Goreleigh continued its mission by founding his own institution, Studio-on-the-Canal, which provided the same kind of arts classes for the community, particularly for children. James Wilson Edwards and Hughie Lee-Smith consistently taught at the Studio and partnered with Goreleigh in many ways. Selma Burke came twice a week from New Hope, Pennsylvania, to teach adult classes at Princeton Group Arts and probably continued to teach at Studio-on-the-Canal. In addition to classes in the arts, Goreleigh organized a constant flow of exhibitions that gave local artists the opportunity to show their work and also provided festive opportunities for members of the community to get together. The Studio, like the Princeton Arts Group, served a multi-racial cross section of Princeton-area residents interested in making and looking at art. From the mid-1950s to the late-1960s, it was the primary art center in Princeton for art classes and exhibitions of local artists as well as the primary location of interaction between the Black and white communities.

Hughie Lee-Smith had a very successful career during his lifetime. Lee-Smith’s work was shown in mainstream institutions and galleries, and he was categorized in art history texts as an American surrealist alongside artists like Kay Sage. His paintings were acquired by major American museums. He has often been identified as a regional artist of the Middle West, along with others like Thomas Hart Benton and Grant Wood. It has generally not been recognized that Lee-Smith spent many decades in the East, both in New York and Princeton, New Jersey, and its surrounding towns.

James Wilson Edwards was the least well-known of the three. This exhibition is the first to document his life and art. He moved from New York City to Princeton in 1959 to raise his young family in an environment comfortable for Blacks— he and his wife had read an article in Ebony Magazine about Princeton and the town’s development of interracial housing. Although Edwards lived in Princeton until his death in 1991, actively teaching and participating in exhibitions, he would almost have disappeared from history except for interest in his work on the part of Lewis Tanner Moore, a Black collector living in Bucks County, Pennsylvania, who over the years acquired a substantial collection of his paintings. Moore approached the Arts Council of Princeton with the thought of an exhibition of Edwards’s work, thus initiating a train of conversations that led to this exhibition and to research on Edwards’s life. After extensive detective work, the curators located Edwards’s widow, Ursula Verena Kreis, his son, Laurence, and daughter, Christine, who had become the family historian. Through information obtained during several video meetings with Christine, Ursula Verena, and Laurence, along with an extensive collection of photographs that Christine shared, and information gleaned from local papers published during the period, the curators have restored Edwards’s life and art to history.

The fourth and fifth artists in the exhibition are the renowned 20th-century sculptor, Selma Hortense Burke and printmaker, Wendell T. Brooks. Burke and Goreleigh knew each other from working together at the Harlem Arts Center during the 1930s. In later years, Goreleigh often showed Burke’s work in exhibitions he organized and invited her to teach and give lectures at the institutions he directed. Brooks was a faculty member at nearby Trenton State College, now The College of New Jersey from 1971–2009. Like the four other artists in this exhibition, he was widely known in the region for his art and was regularly included with the others in exhibitions. Wendell Brooks is the sole living artist featured in the exhibition, still residing in New Jersey.

Burke, a notable sculptor, recognized especially for her public artworks, is best known for her bronze relief portrait of Franklin Delano Roosevelt; an engraving based on it is on one side of the dime, the ten-cent coin in United States currency. She won a commission in a 1943 international competition to create the relief, which was to be placed in the new Recorder of Deeds building in Washington, DC. For an unknown Black woman sculptor to be selected for this honor was an extraordinary occurrence at the time. She insisted that Roosevelt actually sit for her rather than work from photographs as originally intended; she is the only artist to have created an image of Roosevelt from life during his presidency. During her long lifetime (she died at 94), Burke founded two art teaching centers, one in New York and the second in Pittsburgh. Both are now closed. In addition, Burke taught at both Swarthmore and Haverford Colleges.

Brooks is a generation younger than the other four, but his career overlapped with those of the other artists. He was living and working nine miles away from Princeton in the township of Ewing, a suburb of Trenton, the state capital of New Jersey. Brooks was an expert in printmaking techniques; his prints are in the Smithsonian Museum of American Art, the New Jersey State Museum, and other permanent collections.

Retrieving the Life and Art of James Wilson Edwards and a Circle of Black Artists will be on view in the Arts Council of Princeton’s Taplin Gallery from October 14 through December 3, 2022. 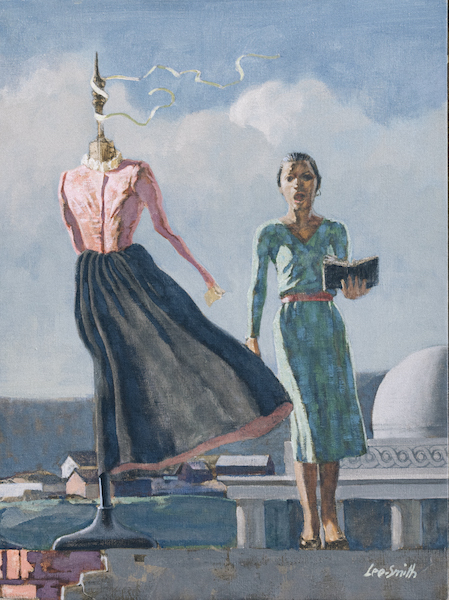 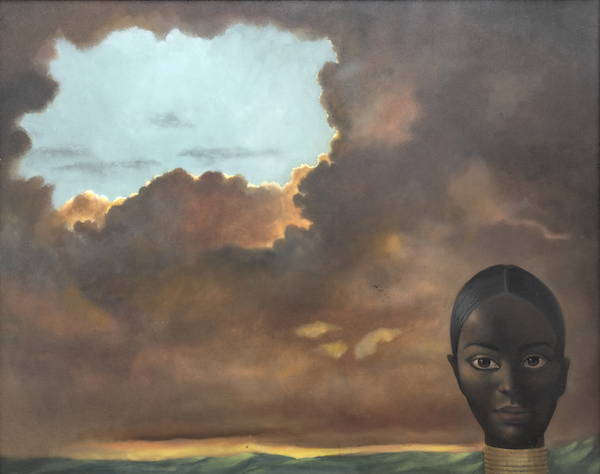 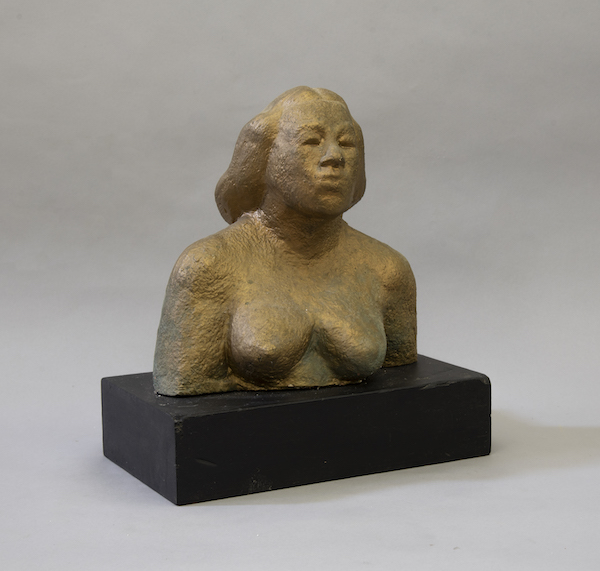 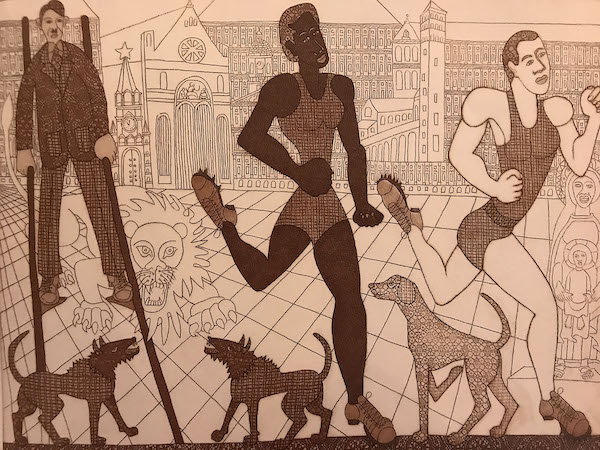 THANK YOU TO OUR GENEROUS SPONSORS

Sorry, the comment form is closed at this time.