All the works in the exhibition are oil paintings. Some are done on paper, some on board, some on linen. Mostly the show presents still lives, a particular passion of mine. Some of the still lifes are large, some are small, some paintings took a month, others just a few hours. All the still lifes were painted in response to direct observation of the subject matter. In creating these paintings I always gravitate towards simple, everyday objects, the types of things that everyone knows and can relate to: flowers, fruit, old bottles and tools… I like making heroes out of these simple and often overlooked objects.

There are also some landscapes painted from photographs. During COVID, I learned to work from photos taken on family trips. It was remarkably satisfying to have the experience of being elsewhere while actually working in my home studio. Translating landscape photos into paintings was a getaway for me, an escape from quarantine. In working from photographs for the first time, I had to learn to avoid the trap of trying to recreate photos in a new medium. My focus instead was on the feelings the photographs induced, and the thought process that helped me translate the memory of these experiences into painterly compositions.

He was awarded the Elizabeth Greenshields prize in 1983. His work has been shown in the DC area, Pennsylvania, New Jersey, and in Paris and Nancy, France. He lives and works in Princeton, New Jersey. 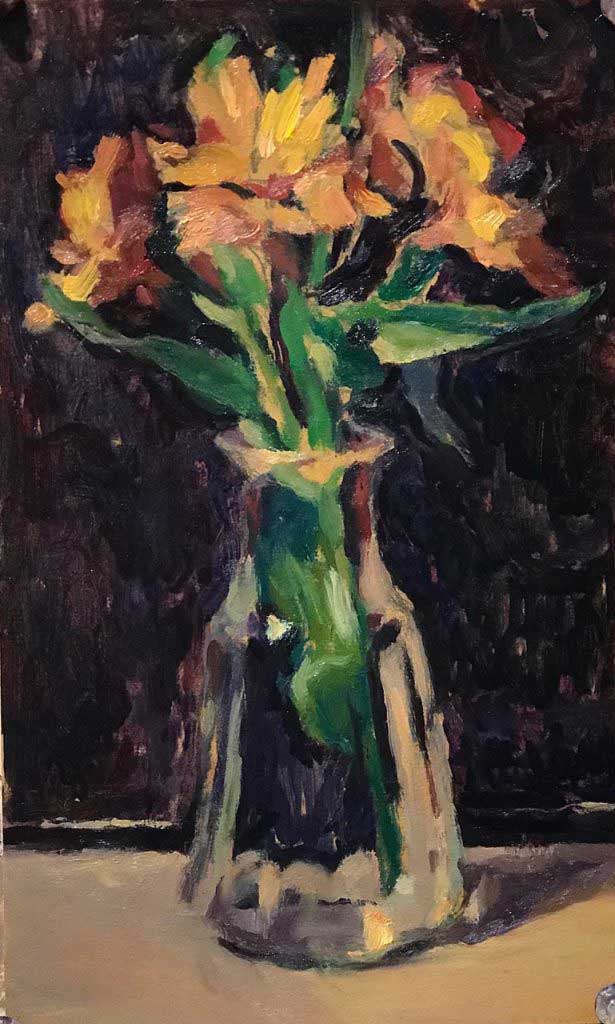