Our story starts with a group of residents who had vision—to create an artistic and cultural hub for our community and to nurture  visual, performing, and literary arts in the greater Princeton area—and made it happen. 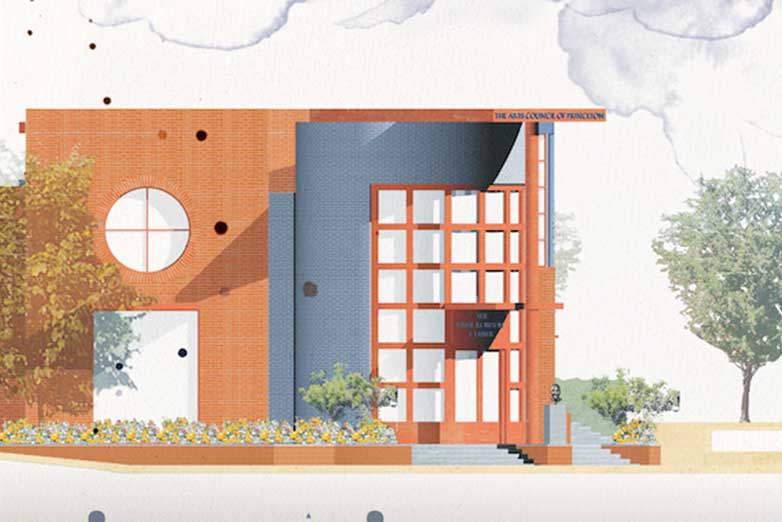 Building Community Through The Arts Since 1967

The Arts Council of Princeton (ACP) was founded as an independent Non-profit organization in 1967 by Bill Selden, its first President. From the beginning, its mission has been to Build Community Through the Arts, serving the community as an artistic and cultural hub and nurturing visual, performing and literary arts in the greater Princeton area. In its early years, the ACP began to develop cultural programming for the town, and in 1971 produced the first Art People’s Party, which later became Communiversity Festival of the Arts.

In 1982, Arts Council’s second President, Anne Reeves entered into an agreement with the Borough for the ACP to occupy 102 Witherspoon Street. The building, at the corner of Paul Robeson Place, was constructed in 1939 with funding from the Works Progress Administration (WPA) as a community center. A plaque mounted outside the front door documents its original purpose. The building served many purposes before it became the home of the ACP. It served the John Witherspoon Neighborhood as the African-American “Y” and Youth Center, and housed Borough Engineering offices and a “well baby” clinic.

The ACP was one of several groups considered for tenancy in 1981, and it was selected due to its broad mission and the great number of people it served in the Princeton community. Once the building agreement was settled, Anne Reeves assumed the role of Executive Director, and the ACP expanded its programming and developed the WPA building as a downtown arts center. The Arts Council offered classes for adults and children; provided studio, office, rehearsal, performance and meeting spaces for area artists and arts groups; housed a small photography darkroom, clay and sculpture studios, a non-commercial art gallery, and a performance/community gathering space called the Loft Theater.

Administrative offices of the Arts Council staff were also located at 102 Witherspoon. From this base, in addition to managing the aforementioned programs, Arts Council staff had offices in which to plan, manage, and implement the many outreach programs and partnerships of the organization.

The ACP started to develop plans to renovate and expand the building to accommodate the programs and needs of the growing organization, and in April 1997, the Arts Council purchased its facility at 102 Witherspoon Street from the Borough of Princeton at a substantially reduced price. This sale, under recent New Jersey legislation, permitted the Borough to sell property and lands for a nominal amount to a Non-profit organization it believed serves the public interest.

World-renowned architect (and local resident) Michael Graves was brought in to design the renovation. Demonstrating his belief in the Arts Council project, he agreed to donate his design. During the subsequent years, ACP experienced many starts and stops in the approval process. ACP had raised $3.75 million through its Capital Campaign as of December 2000 when the Arts Council’s application to improve and renovate the Arts Center was turned down by a 6 – 5 vote by the Princeton Regional Planning Board.

In keeping with the legacy of this organization, the Arts Council Board voted unanimously in September 2001, after evaluating alternate sites for nearly a year, to try to remain at its current location. In 2002, with plan revisions well under way, the ACP board hired a planning consultant and drafted a strategic plan to prepare the organization for the anticipated expansion. In late 2002, however, approval for the plans was again denied.

The Arts Council Board and staff spent the next year nurturing a relationship with the neighbors and garnering support for the project. In spring 2004, the Arts Council received approval from the Princeton Planning Board.

In early 2005, Anne Reeves, who had served as Executive Director since the founding of the Arts Center, announced her retirement and assumed a new role as “Founding Director.” The Board of Trustees conducted an extensive search and hired Jeff Nathanson as Executive Director in May 2005. In summer and fall of that year, the Arts Council moved out of the Witherspoon building, setting up temporary quarters at the Princeton Junior School for Summer Arts Camp, and in October established the conTEMPORARY Arts Center in the Princeton Shopping Center and the conTEMPORARY Ceramic Studio in an industrial space in nearby Rocky Hill. By November, a general contractor was selected, and construction on the expansion and renovation of the Paul Robeson Center for the Arts began in January 2006.

In June 2008, the Arts Council of Princeton’s building at 102 Witherspoon Street was re-opened to the public and christened the Paul Robeson Center for the Arts. The renovated arts center is twice the size of the original building and includes a gallery, theater, multi-disciplinary art studios and public meeting space.

In September 2017, the ACP kicked off its 50th Anniversary with a community-wide birthday party, introducing a year-long celebration that will infuse all programming and events with the excitement of this important milestone.

Today, every corner of the Paul Robeson Center for the Arts hums with creative activity, and the ACP continues to develop new and innovative programming for the greater Princeton community. ACP presents a wide range of programs including exhibitions, performances, free community cultural events and studio-based classes and workshops in the visual, performing and literary arts.