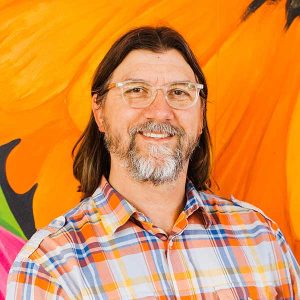 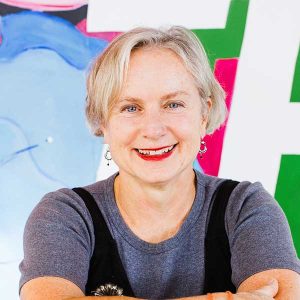 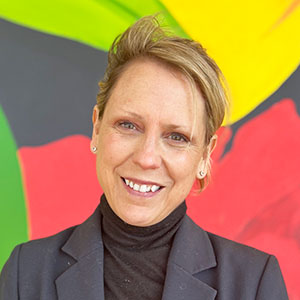 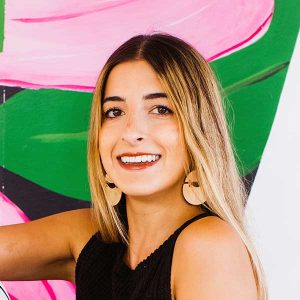 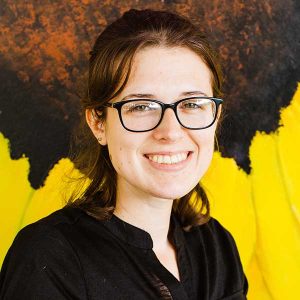 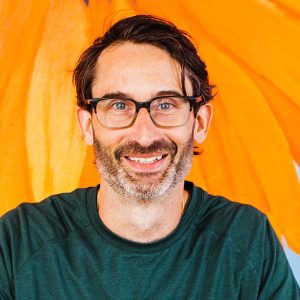 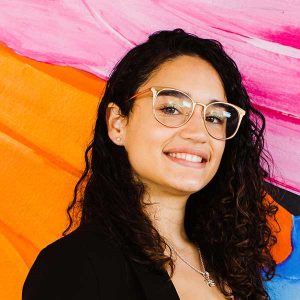 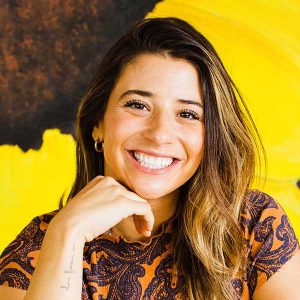 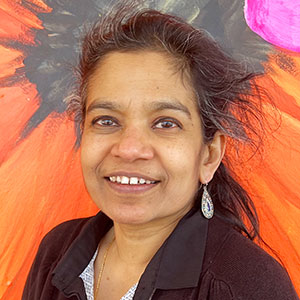 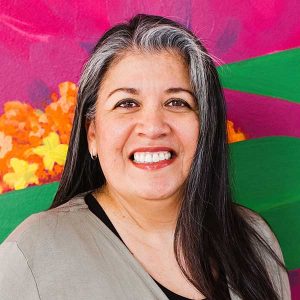 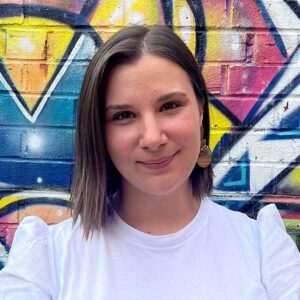 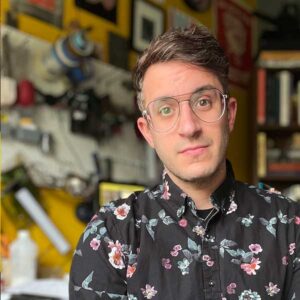 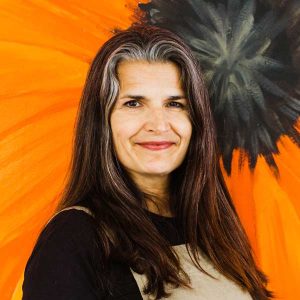 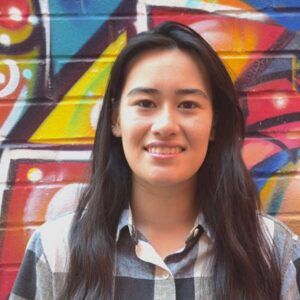 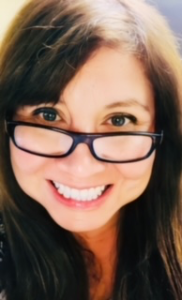 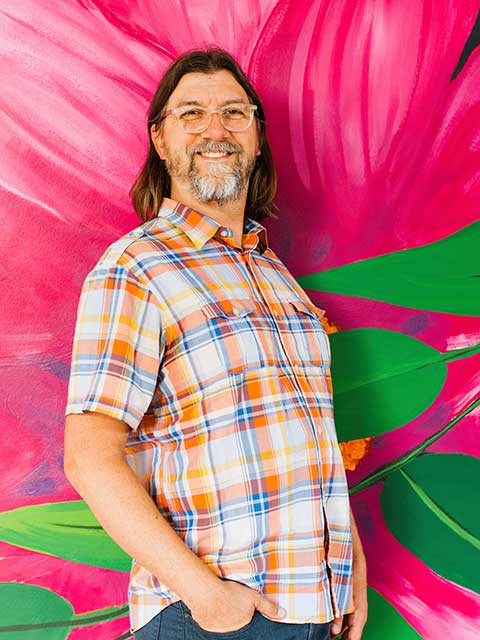 Adam Welch is the Executive Director for the Arts Council of Princeton and an artist, critic, and educator. Adam’s art is about making and decoration. His writing examines the artists and activities of contemporary art. As an educator, Adam encourages students to inquire and create, examine worldviews and to awaken their understanding of self and the world and the relationship of the two. Adam has participated in thirty-seven solo or group exhibitions in the United States over the past ten years, including at the Arts Council of Princeton, MoMA PS1 and White Columns in NYC, and AIR Gallery in Brooklyn, with solo exhibitions at the Hunterdon Art Museum, Kean University, Princeton Day School, and Northwestern College, and several curated, group, and invitational exhibitions throughout the United States.

Before joining the team of the Arts Council of Princeton, Adam had worked at Greenwich House Pottery since 2003. In 2007, he was appointed Assistant Director and in 2010 appointed Director. In 2010, Adam was appointed lecturer at Princeton University where he continues to teach. Adam holds an MFA from Virginia Commonwealth and a BFA with a minor in Art Education from Northern Arizona University in Flagstaff, Arizona. He lives in Hightstown, New Jersey with his wife, Rachel, a fashion designer, and their two daughters. 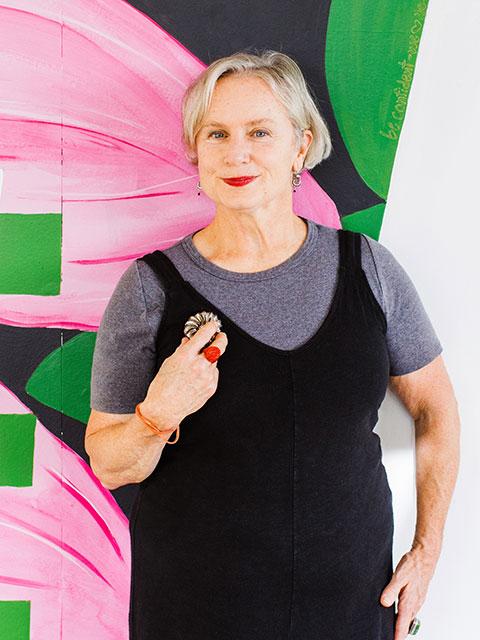 Maria Evans graduated from Humboldt State University with a BA in Art and Design. Maria apprenticed with sculptor Craig Nutt while living in Tuscaloosa, Alabama and attending the University of Alabama. She moved to Princeton in 1993 after her husband (a book conservator) was hired at Princeton University.

Maria began her work with the Arts Council of Princeton in 1998 teaching children’s ceramics classes. Maria served as ACP’s Gallery Manager for four years before becoming the Community Arts Manager and now serves as the Artistic Director for the organization. 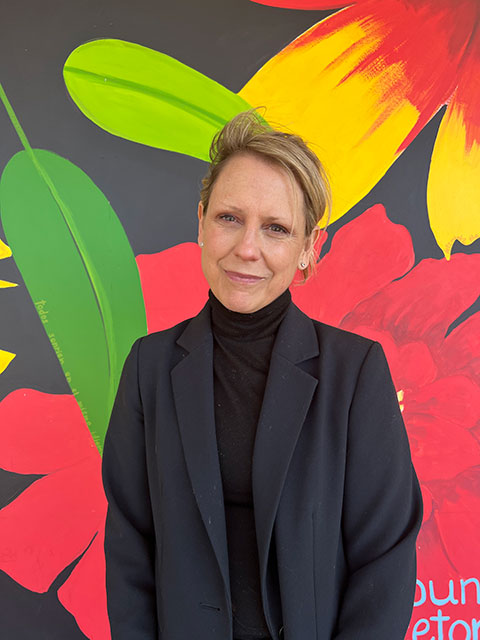 Liza Peck has spent nearly a decade at HomeFront, playing a critical role with HomeFront’s Community Engagement Team to achieve its mission to end homelessness in central New Jersey.

Early in her career, she also worked at Michael Graves Architecture and Design. Liza holds degrees in Art History and Design from Hobart and William Smith Colleges and the Parsons School of Design, respectively.

Liza and her family have lived in Princeton for over 25 years. Her children have had the privilege of attending classes and camps at the Arts Council of Princeton as well as serving as volunteers for many of its activities. 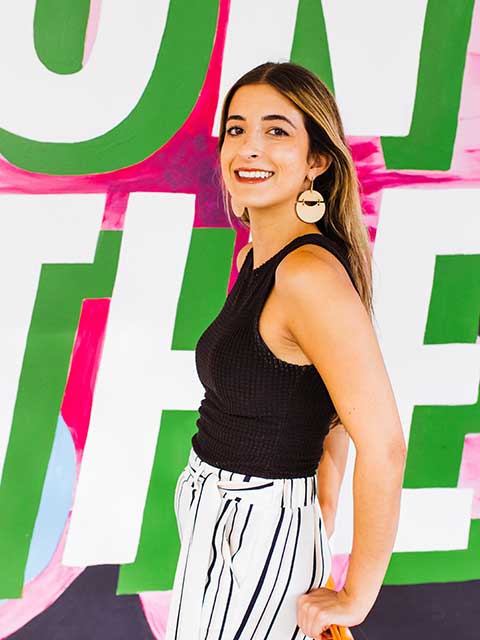 Emma Stephens is a graduate of Rider University, where she received her BA in Arts Administration with a concentration on the visual arts. She has always had a love of and appreciation for the arts and theater, which put her on the path to joining the ACP team.

Helping raise money for our outreach programs and community programs has become great joy for her. 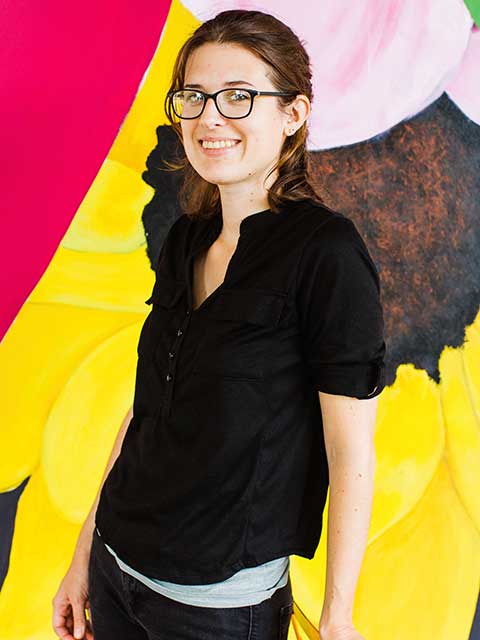 Over the past 20 years, Erin Armington has taken classes with long time instructors Libby Ramage and Bob Jenkins, volunteered for Communiversity, and worked as a counselor at the Summer Camp program.

After graduating from Rutgers University, she worked for several years in customer service and administration, and spent a year as an AmeriCorps member at the College of New Jersey, collaborating with local arts organizations.

As a lifetime lover of the arts and arts education, she is excited to be the Education Coordinator for such a long running community nonprofit. 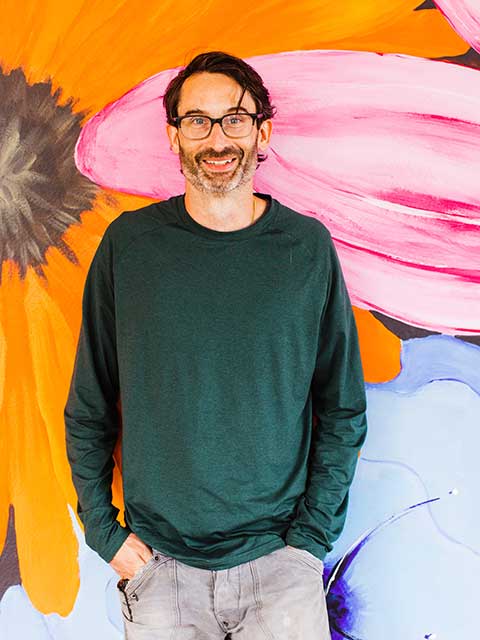 Jason G Maccaroni is the facilities manager for the Arts Council of Princeton. Jason is a visual artist who works primarily with oil and watercolor paint reflecting investigations into landscapes, structures and motion.

He has worked in community arts and hospitality event management throughout St. Augustine, New Orleans, Portland, and Oakland. Most recently, he lived and worked in Brooklyn, NY on facilities, operations, cellar maintenance, and wine education for restaurant projects merging art, technology, and open studio receptions. 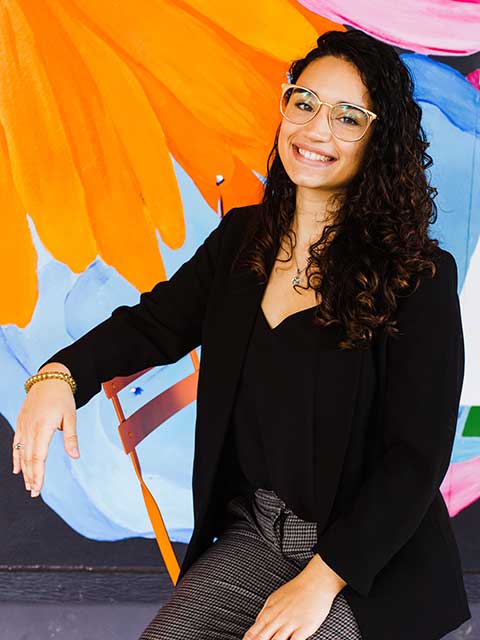 Jeandalize Caba’s history speaks for her passion for both helping others and the arts. Before joining the Arts Council in 2021, Jean took on many roles that consisted of extending a helping hand, such as volunteering in a Foster Care program and becoming an Academic Leader at Rutgers University.

Growing up in a big Hispanic family, Jean was always surrounded by children. While most of her family immigrated here from Dominican Republic, they always instilled in her the importance of reaching beyond the stars and to pursue careers where their hearts followed. Jeandalize began her heart’s journey by graduating from Rutgers University where she is now a proud Latinx Alumna.

As her heart has guided her here to the ACP, she is ready to take on this journey in hopes to make an impact on the community.

"Nothing is worth more than laughter. It is strength to laugh and to abandon oneself, to be light". 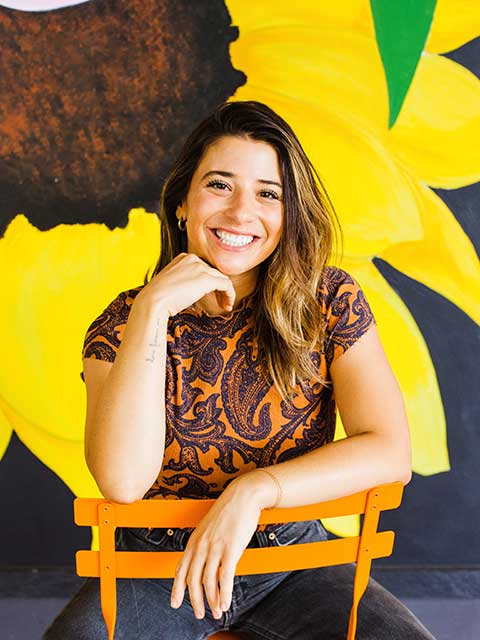 Melissa Kuscin is the Program/Marketing Manager for the Arts Council of Princeton. She is responsible for designing inclusive and accessible arts and cultural programming for the Princeton area’s diverse populations, from our community’s Martin Luther King Jr. event and monthly poetry & spoken word open mics, as well as coordinating April ARTS & Princeton Porchfest. 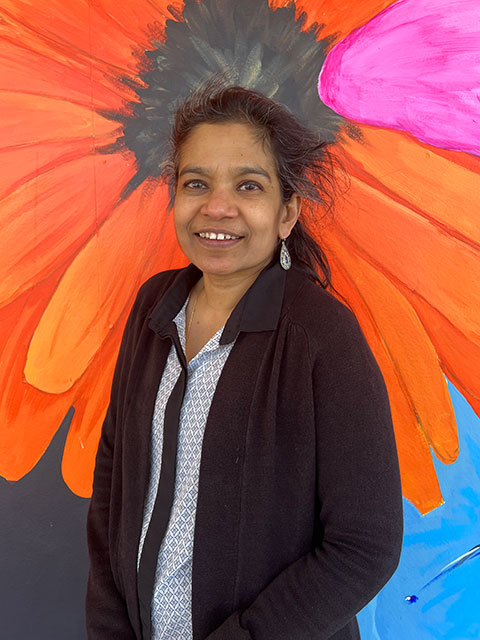 Before joining the Arts Council of Princeton as the Office Administrator, Mini Krishnan was the Executive Director of the Greater Princeton Youth Orchestra (GPYO).

Mini Krishnan earned her Master’s in Psychology from University of Kerala, India and a Certificate in Interior Design from New York School of Interior Design. She worked as an assistant designer at an NYC design firm before beginning her tenure at GPYO.

At the Arts Council, she is responsible for volunteer management and managing the rentals of Council space for community events. Mini’s other passions include Girl Scouts (for whom she has been a troop leader for the last ten years), photography, sewing, and crafting with natural and recycled materials. 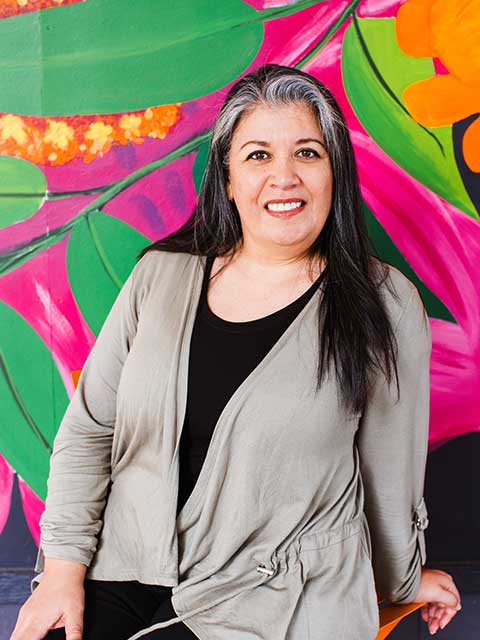 Stephanie Nazario joined the Arts Council of Princeton in July of 2009. She has over twenty years of experience in non-profit financial management including organizations such as Princeton in Africa, the Project on Ethnic Relations, and the Population Resource Center. She also worked previously as an audit field examiner for Trump Lender Services.

Stephanie studied finance and computer information systems at Rider University where she received her degree in business administration. 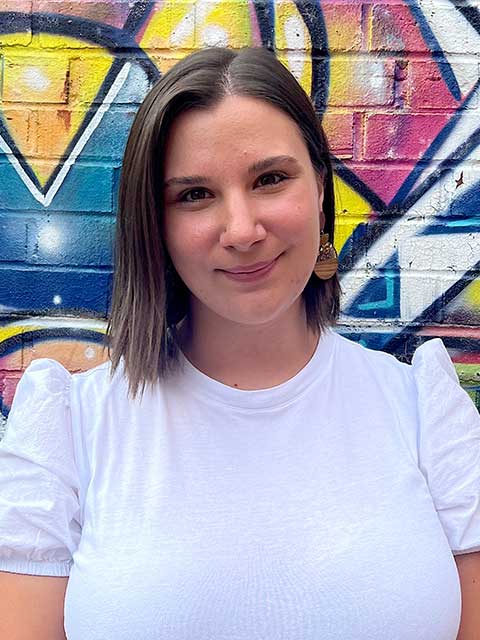 Courtney Rohrig is a graduate from Caldwell University where she received her BFA with a concentration in painting, and a minor in art history. Prior to earning her BFA Courtney earned her AFA at Middlesex College, where her passion for the arts grew. At both alma matters she assisted in the galleries, curated a student show, and gained insight into the value of the arts and community. She believes that art is a powerful tool that can bring together communities. This is what has led Courtney to join the ACP. 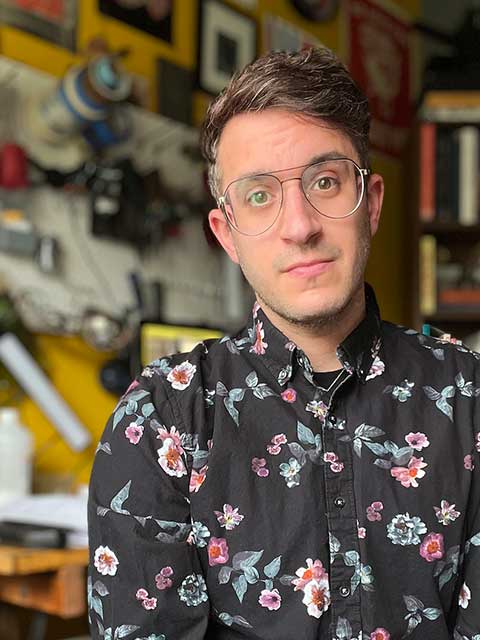 Dave DiMarchi is a queer, multi-disciplinary printmaker and artist working in printmaking, papermaking and sculptural book forms. He has exhibited works on paper, installations and books in the US and internationally. He maintains a collaborative studio and art-making space in New Hope, Pennsylvania working deeply with artists to master printmaking techniques and create new portfolio and exhibition-ready prints; his relentless material practice and print research is the basis of his own art-making practice. He teaches printmaking, papermaking and book forms extensively throughout the New York, New Jersey and Pennsylvania area. He is also the owner of 9INHANDPRESS, a nexus of design, print and education. 9INHANDPRESS hosts an annual International Print Exchange that engages printmakers worldwide in a collaborative portfolio and exhibitions; some nearly 9000 prints have passed through the exchange since its inception in 2016. 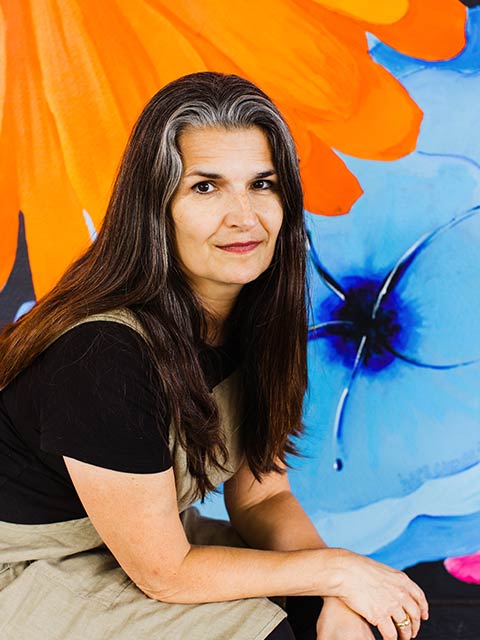 KP is head of the Ceramics Studio at the Arts Council of Princeton. She received her BA in Liberal Arts, specializing in the Studio Arts, Art History and Arts Management, from Sweet Briar College.

Her work includes functional forms and explores the sculptural aspects of clay. She is in a constant state of exploration, stretching the parameters of this medium, currently throwing classic shapes and distorting them with applied assemblage. 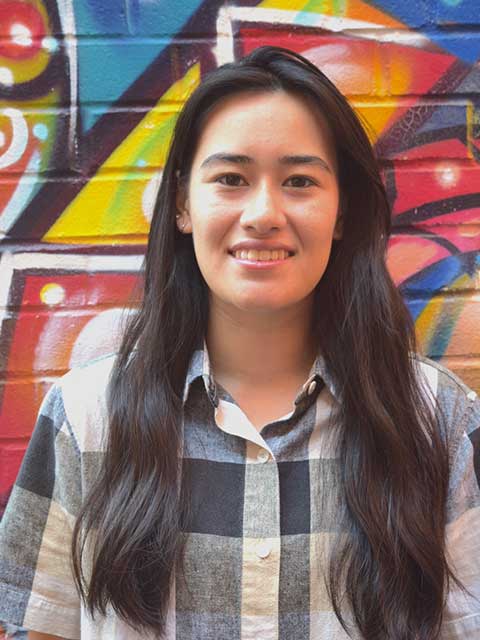 Lucía Firbas is a Rutgers University alumna with a BA in both Anthropology and French Literature. Before joining the ACP, she worked abroad in France as an English teaching assistant in primary schools. She was also involved in the student affairs department of Rutgers University and Douglass College as an orientation leader and Red Pine Ambassador tour guide, respectively.

As an art-lover who grew up in Princeton, Lucía has taken classes at the Arts Council since she was five years old and continues to do so! Come say hi to Lucía at the front desk where she works reception.